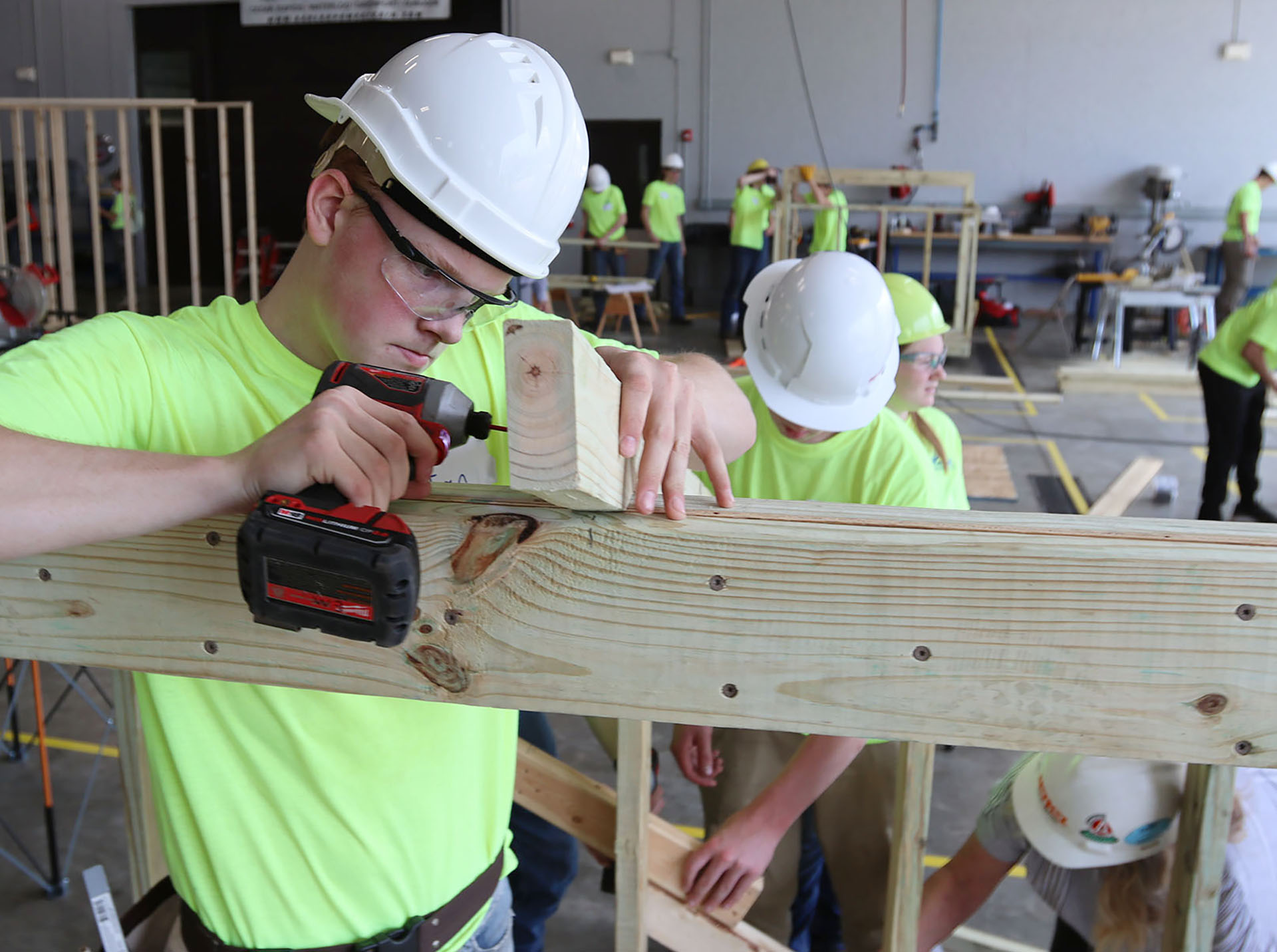 Is it plumb? Is it level and square?  Is it aesthetically pleasing? Does it follow the blueprint?  If your project meets these criteria, you might be a winner at NIACC’s 23rd annual Design-Build Competition.

About 40 students and their teachers from 10 area high schools were invited to NIACC for some fun and friendly competition.  Over $2000 in prizes were donated for the winning schools.  The event was held on the NIACC Campus on Wednesday, May 11. 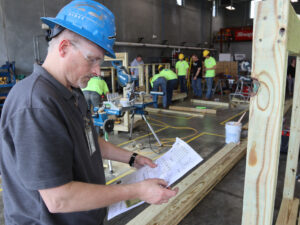 Each school was given a plan and the materials to build a large wood shed with walls, sloped roof and floor.   Three hours later, voilà— the projects were completed.

Gregg Helmich, NIACC Building Trades Instructor, organized the event  “It’s a great way to promote the trades, to show the value of trades education and to try to solve the skilled trades shortage.”

All the lumber was donated by the Contractors Advisory Association.

The average age of the skilled laborer is 55 years old according to Helmich.   In an effort to show young people that trades can be a pretty cool profession, a roundtable discussion was held via zoom with several popular internet influencers.

“It’s a lot of fun.  There’s a lot of energy in the room today” said Helmich.

Ian Miller, a student at Mason City High School, agreed while fastening the roof on his team’s shed,  “It’s pretty fun! I like the pace.  You have to work together.”

After the saws stopped spinning and the saw dust settled the judges got down to judging.

Brandon Patterson, co-founder of the Iowa Skilled Trades organization, came from Des Moines to help decide the winner.  “It’s a great way to showcase their talents, keep them engaged, energized and to help them realize the great opportunities.” 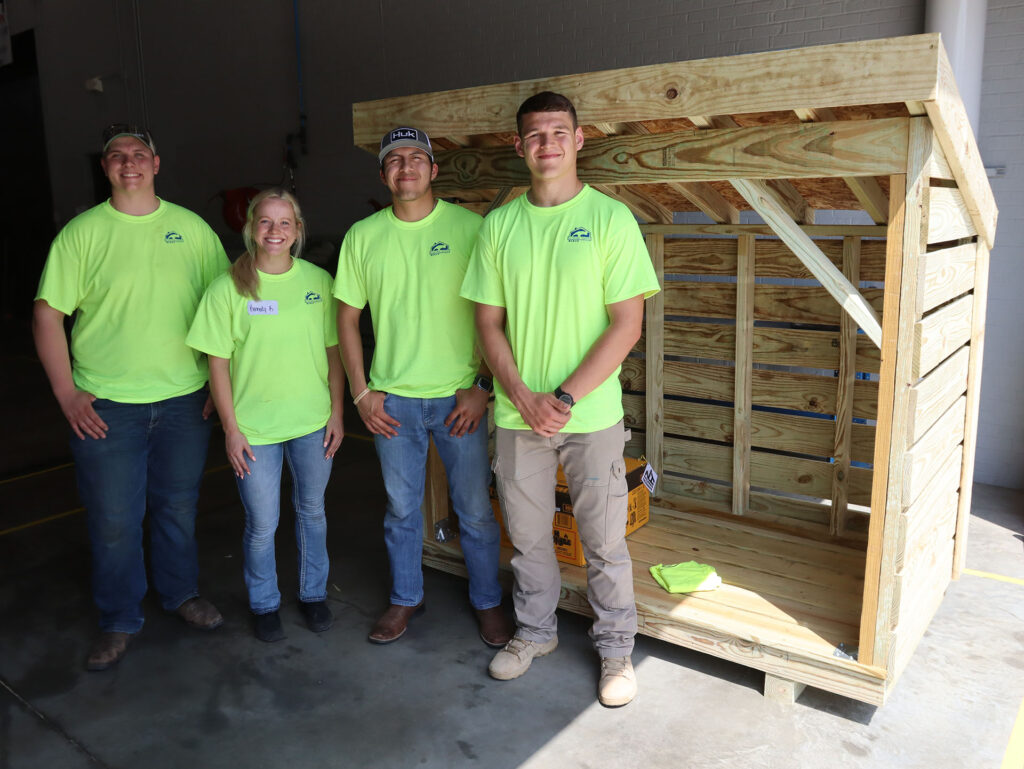 When the awards were read over the loudspeaker, Brayden Langfitt, Llan Martinez, Kennedy Kelley, Mathew Francis of the West Hancock team came out on top.  They carried their giant box of new tools and put them in their winning shed.

Like a football coach responding after a state championship victory, their shop teacher Paul Francis responded humbly, “This is what we teach them to do.”