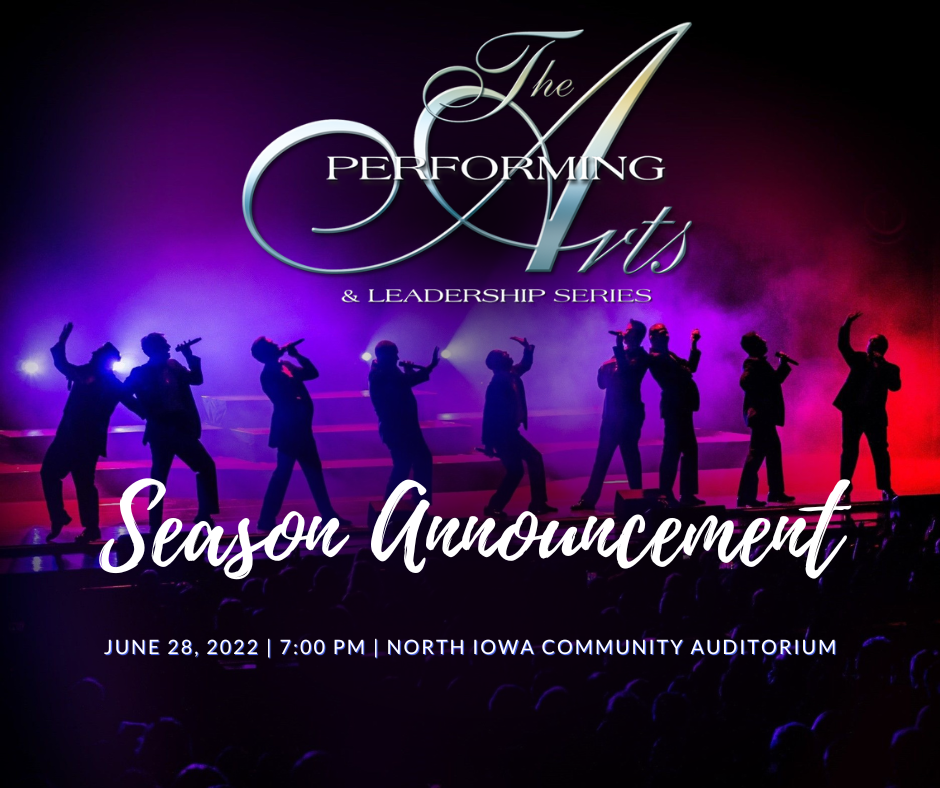 Have you considered becoming a season ticket holder for the NIACC Performing Arts and Leadership Series?  If so, Tuesday is your night.

The public is invited as NIACC announces the 2022-2023  season on Tuesday, June 28th at 7 p.m.   The event will be held in the North Iowa Community Auditorium on the NIACC campus.

You’ll be among the first to hear the lineup.  After the announcement you’ll have the opportunity to save an additional percentage on top of the already deep discount you get for being a season ticket holder.

There are several plans available which will be explained during the preview event on Tuesday.  You’ll be under no obligation to purchase.

“I think it’s an incredibly strong season,” Said Lindsay Dalrymple, Executive Director, NIACC Performing Arts & Leadership Series, “There’s something for everyone. That’s always the goal – we try to check as many boxes for North Iowans as we can and I feel like we nailed it.”

You get to pick and choose which performances interest you and the shows and presentations you are available to attend.