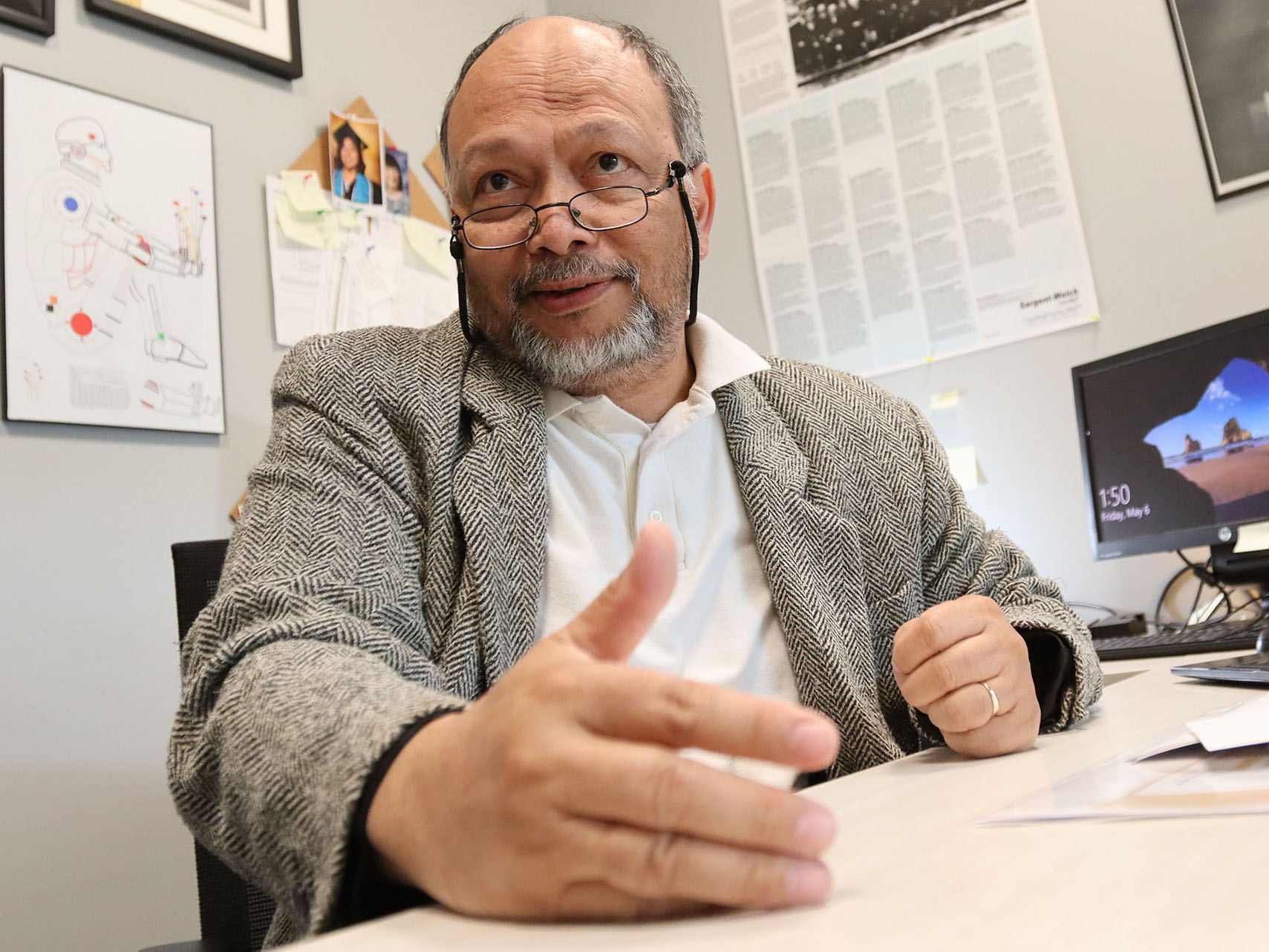 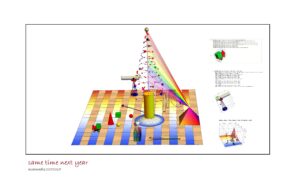 NIACC Physics Instructor Andreas Soemadi doesn’t use a paintbrush on canvas for his art.  He doesn’t draw in a traditional sense either.  His handiwork doesn’t involve sculpted clay or photographs.  Soemadi’s original art is derived from the mathematical representations of lines and shapes.

Soemadi occasionally posts his art on the NIACC intranet site “Trojan Home” for the enjoyment of others.  Until now this was the only place you could find it; however, Soemadi’s math art was recently accepted into the MacNider Museum Summer Arts Festival.

“Geometry loves the beauty of things,” said Soemadi while explaining how the principle of his art is founded in the historical convergence of Geometry and Algebra.

Soemadi created his first mathematical art work in 2019. The figure of a pensive robot was inspired by the works of author Isaac Asimov. “The picture was attractive to me but I don’t know how to draw,” laughed Soemadi, “I wanted to replicate it.”

So, he set to work creating mathematical code to replicate every part of that robot. All the code snippets were combined to finish the work. 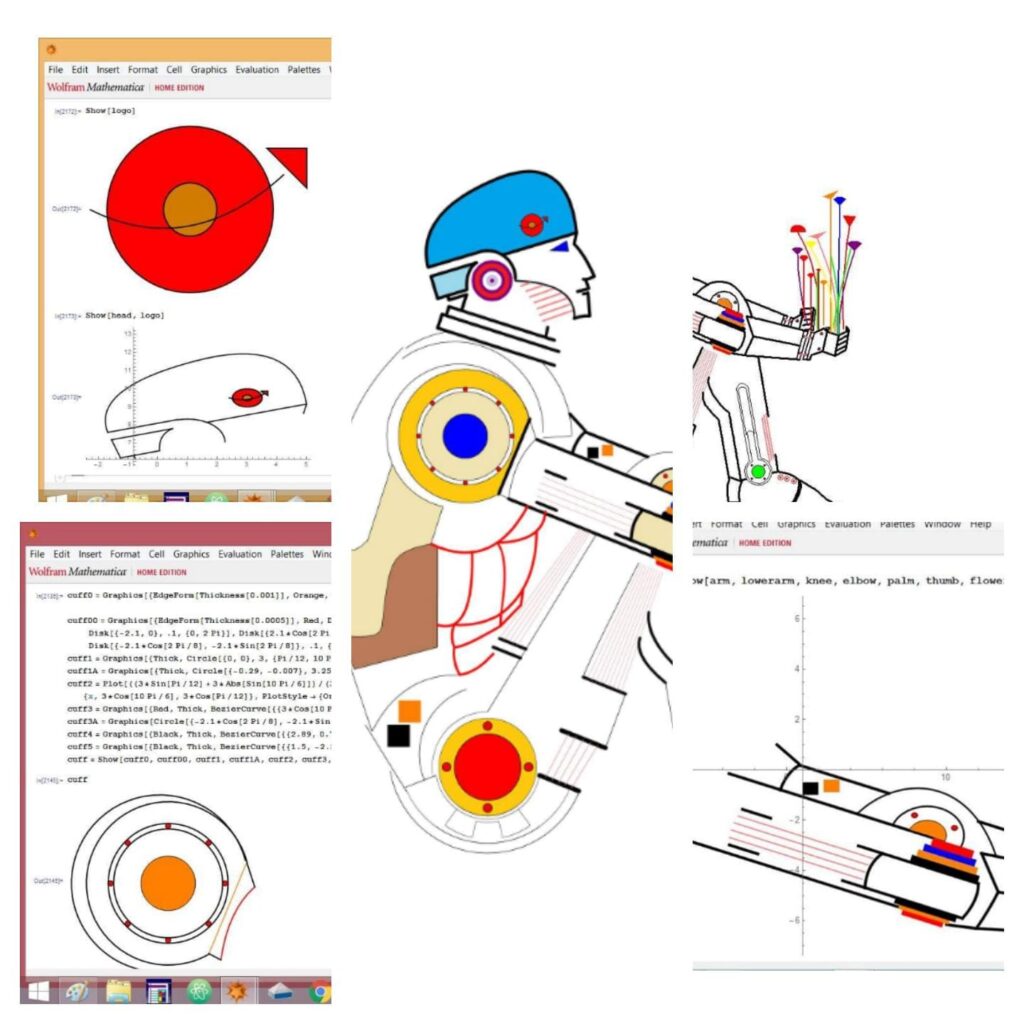 Since he began Soemadi has created many works.  His biggest challenge? To impose mathematical command to recreate the human nose. He’s still working on it.

“Now when I see something pretty I wonder what equation is that —and how do I code it.” – Andreas Soemadi

Soemadi’s work can be seen at the MacNider Arts Festival, Saturday, June 11. The museum is located at 303 2nd Street Northeast in Mason City.