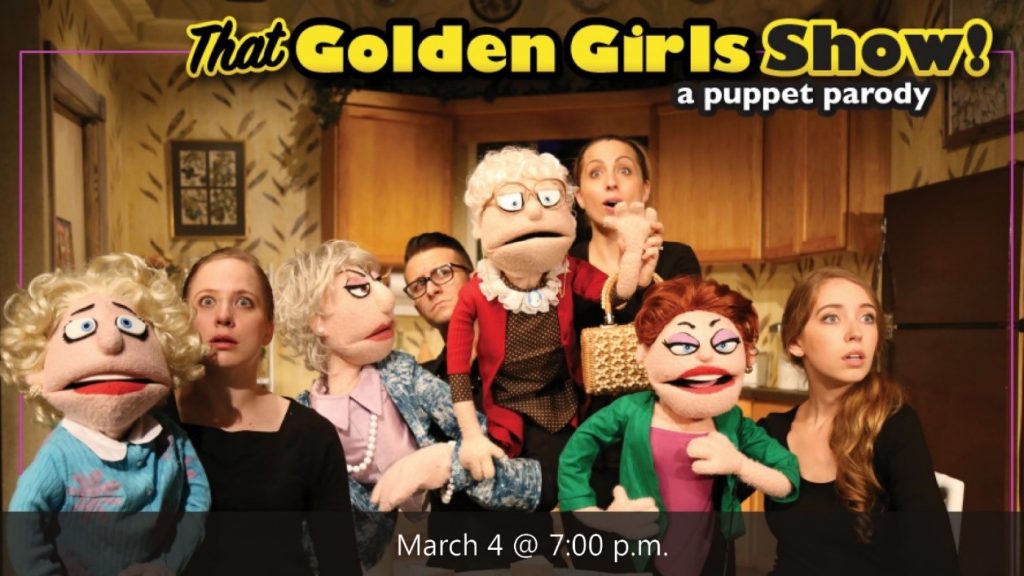 That Golden Girls Show! is a brand-new show that parodies classic Golden Girls moments – with puppets! Get set for an evening of cheesecake, laughter, jazzercise, shoulder pads, sex, and the elegant art of the quick-witted put down.

“Re-live the big-earringed, heavy-sleeved glory of Dorothy, Blanche, Rose, and Sophia through darling felt effigies at this love letter to one of the greatest TV series of all time” – TimeOut

From Sophia’s get-rich-quick schemes, to Rose’s tales from St Olaf, Blanche’s insatiable hunt for men and the Fountain of Youth, and Dorothy’s daily struggle to make sense of her life, That Golden Girls Show! is a loving parody of the hit TV show.

Devoted fans will fondly remember the four sassy ladies. For first-timers, That Golden Girls Show! will be a joyful introduction to the brilliance of the television series.

The cast includes Meggie Doyle as Rose, Erin Ulman as Blanche, Casey Andrews as Dorothy and Ashely Brooke as Sophia.

This show includes some adult subject matter. Appropriate for ages 13 and older.

To learn more about the show, visit www.thatgoldengirlsshow.com or watch a video at www.niacc.edu/palvideos.