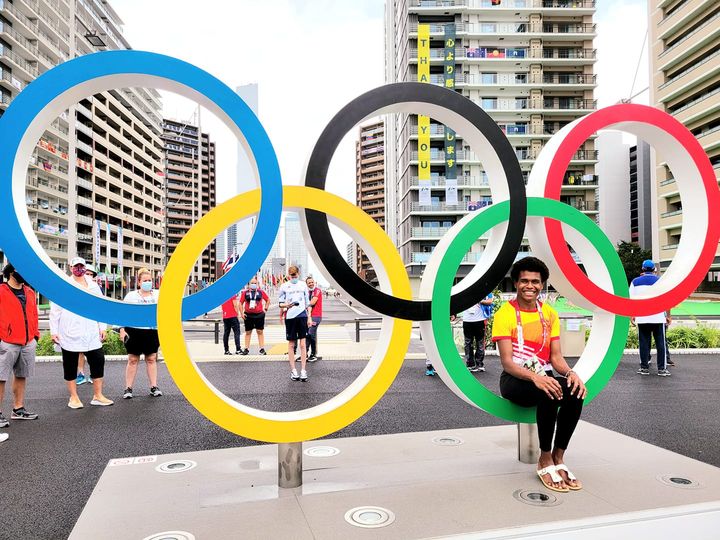 Former NIACC track and field standout Rellie Kaputin will realize a lifelong dream Sunday night at the 2020 Summer Olympics. Kaputin, who competed at NIACC in 2014-15, will compete for her home country of Papua New Guinea in the preliminary rounds of the women’s long jump beginning at 7:50 p.m. (CDT). The finals are set for Tuesday.

Kaputin, who is 28 years old, qualified for the Olympics with a jump of 6.42 meters (21 feet, 0 3/4 inches) at the Festival of Athletics in Townsville, Queensland in June. She was one of 32 athletes selected to compete in the women’s long jump.

Papua New Guinea has eight athletes (four female and four male) who will be competing in the Summer Olympics; Kaputin is the lone track and field athlete. She is Papua New Guinea’s national record holder in the long jump (6.5 meters), triple jump (13.28 meters) and high jump (1.77 meters).

At the Tokyo Olympics, Kaputin’s goals are simple. “I want to make it to the finals and also break my own national record of 6.5 meters,” she said.

After NIACC, Kaputin competed at NCAA Division II West Texas A&M, where she was a three-time national champion and 11-time all-American. She was also named USTFCCCA national field athlete of the year in 2017 after scoring 21 points at the NCAA Division II Indoor Track and Field Championships.

Kaputin is the second NIACC athlete to compete in the Olympic Games. Former NIACC wrestler Joe Corso was a member of the United States Olympic team in 1976.

Nominations now being accepted for the 2022 Pappajohn Entrepreneur Gala